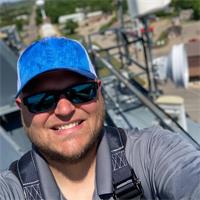 New to the Extreme VSP world and I have been researching to see if it is possible to create a soft loopback on a VSP7400 for a specific i-sid to so we can run an RFC 2544 benchmark test across our fabric without having a physical endpoint on the other end.  Have not found too much about it on the VSPs- hoping someone can either give me a definitive yes/no if it is possible and a little advice on how to make it happen.
0 Kudos
Share
Reply
2 REPLIES 2

Hi there
How exactly would that work? The traffic generator would have 2 interfaces in the same subnet ? So you would want the loopback to simply loop frames around at L2 ? You wouldn't be able to do that with a single L2 I-SID, as the MAC learning will learn the MACs of your traffic generator ports at one end only; the MACs of both traffic generators would be learnt at the local end, and frames would never be forwarded to the far end.
I think you would need to use 2 separate I-SIDs. There is no way to bridge together two L2 I-SIDs via soft loopback, you would need some hairpin connection for that.
But then in that case, why not use 2 separate L2 I-SIDs, each on a different IP subnet, and on the far end, you just assign both L2 I-SIDs into the same test VRF, which will thus IP route between them. That way you can set this up via software alone. Now your traffic generator ports will need to be configured in the two different IP subnets.
0 Kudos
Share
Reply

Hi there, unfortunately it looks like this isn't supported at this time. I'm sorry I don't have better news for you. If you'd like to submit a feature request and can tell me generally where you're located, I can find a local sales engineer to help you get the feature request filed.
0 Kudos
Share
Reply