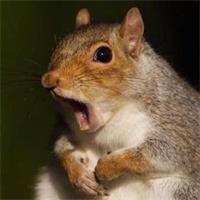 This is a recurring theme here.

I update the firmware on the AP's, and for weeks and months i get emails that AP "x" has lost its CAPWAP connection. If i get in the interface quick enough, i see the offline icon to the left of the AP, give it a few seconds, and its back online. Email after email with all different AP's around campus doing that.

Then sometimes that just stops, out of the blue no more notifications, other times a new firmware seems to fix whatever is going on with that, such as 10.0.4.5 that fixed the issue.

However, last week i install 10.5.1.0 and now im getting dozens of emails a day from various AP's stating they lost their CAPWAP connection.  Same thing, quick enough in the interface, its showing as offline, but leave it alone and its back online in under a minute.

So it appears that this new firmware has re-introduced that back into our environment.

Any ideas about that? and yes that VoIP checkbox on Sonicwall is checked, persistent NAT.

Well, this is NOT good.  So, i check the status of XIQ cloud services, and see virginia-1 is degraded, and note - with dismay - that its part of Amazon's AWS services.  I check their services as well as downdetector.com and see right at that time a lot of complaints about AWS having issues.

So, i have an interface that isnt actually showing me what it is designed and created for.  close to real-time status of my wifi network.  its obvious this AWS outage is affecting their Virginia-1 site, which in turn turned our interface into meaningless data.

I thought something wasnt right, when all of those going down, were still pingable, and i had not received one complaint from our users.....

thats really bad, and really changes the way in which i now vies the XIQ interface...  also, with all the AWS outages, why oh why did they decide to put their "stuff" there and not in-house?

Anyway, getting back to UDP, see my question above, thanks

okay all of a sudden at 1230 im seeing a LOT of AP's go offline and then back online.  Always pingable, but its been at most 6 in a day, we have had 7 in an hour, and its still going on.

I didnt change anything. so have no idea why this is going on.  The cloud portion could go down, but the AP's at a location would be unaffected, right? EDIT: yes if you DONT believe what the interface is telling you... see below.

a week ago - last edited a week ago

I just looked, and we dont have anything specific to port 12222, just general settings:

if I change that, do you think multiplying it by 100 would be too large and actually cause us issues? and i should just do it by 50 first, so 150 seconds to start and see what happens?

although i am concerned that no matter what number you put in the box, you get this warning:

that makes me quite nervous.. remember all i did was update firmware on existing AP's.... i didnt change anything on the firewall to cause this......